“A DWI charge is a highly technical crime with serious consequences. I have an exceptional understanding of the intricacies of DWI laws and experience dealing with the courts and police departments. Call now, and I will fight for you." 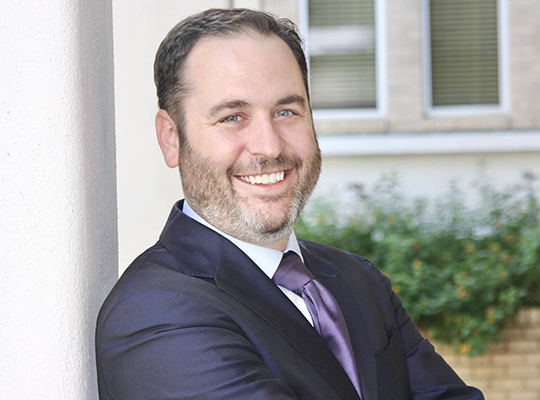 Why Work With Me?

The skills I acquired as a former police officer has prepared me to fight for your rights. I know the law like the back of my hand, and my goal is to use my previous experiences and knowledge to your advantage. I want to help you move forward. I believe that a mistake does not represent who you are, and should not define your future. When you work with me, you'll get a passionate defender who will stand by you every step of the way.

Discover the options available to you

"Best attorney in Houston. He will fight tooth and nail for your freedom!"

"A DWI lawyer who cares about his clients. He is honest about your options."

From Soldier to Police Officer

I began my journey into adulthood by joining the Army at 17 years old. I was later assigned to 3/62 ADA in the 10th Mountain Division near Watertown, New York.

After the Army, I entered a career in law enforcement. Prior to starting my own practice, I was a police officer for 13 years. I trained in the Central Patrol Division, and I later worked the city jails. After my time working the jail, I went to Northeast Patrol and later Hit and Run. During my time in Hit and Run, I completed Northwestern University’s Advanced Accident Investigators Course and Reid Interview and Interrogations Course. Later, I went to Robbery Division, South Central Patrol, Northwest Patrol, and was merged with North Belt Patrol.

From Police Officer to Law School

I entered law school while working as a police officer. I grew in knowledge and maturity, and I soon realized the injustices that were being done to people due to their lack of knowledge or resources. I opened up my own law firm and decided to help people defend their constitutional rights. I will hold the State to its burden, to prove beyond a reasonable doubt that you are guilty.

I regularly continue my education in DWI-focused courses for attorneys. I belong to professional organizations and often network with fellow attorneys dedicated to defending clients on their DWI charges in Harris County, Texas, and nationally. I am a member of the Texas Bar College, National College of DUI Defense, Texas Criminal Defense Lawyer’s Association, and Harris County Criminal Lawyer’s Association.